I was privileged to be asked to photograph a friends 1950s themed birthday party. I took a lot of photos of a lot of people, though because of the difficulty of getting permission I can only put up some photos. I had great fun at the party, watching all the younger people rocking and rolling to the music, some of the adults eventually joined in. We also had lots of crazy games and competitions. And a lot of laughter, milkshakes and hot dogs.

I had to sort through hundreds of photos. Choosing favourites is not easy, and when I say hundreds, that is exactly what I mean, I took over one thousand photos that afternoon and night. It is hard not to when you have to photograph three beautiful girls in their 1950s get up and with a 1950s chevy car. Wow the car sure was a hit. The mini shoot at the park almost didn’t happen, but my dad had the brilliant idea that we stop for a few minutes and take some lovely shots before going on to the party, where we would be overwhelmed by people. This is one sort of impromptu I don’t mind, actually impromptu during photo shoots generally turns out really well, it is just in the rest of life that I really dislike it, but when taking photos, impromptu here I come! It fit in perfectly, on the way to where we were going and I get some wonderful shots of my gorgeous friends.

I also can’t help really liking the beautiful green willows in the background of some of these photos. I think I have a thing with willows. Of course there is the green grass too, we have had so much lovely rain. 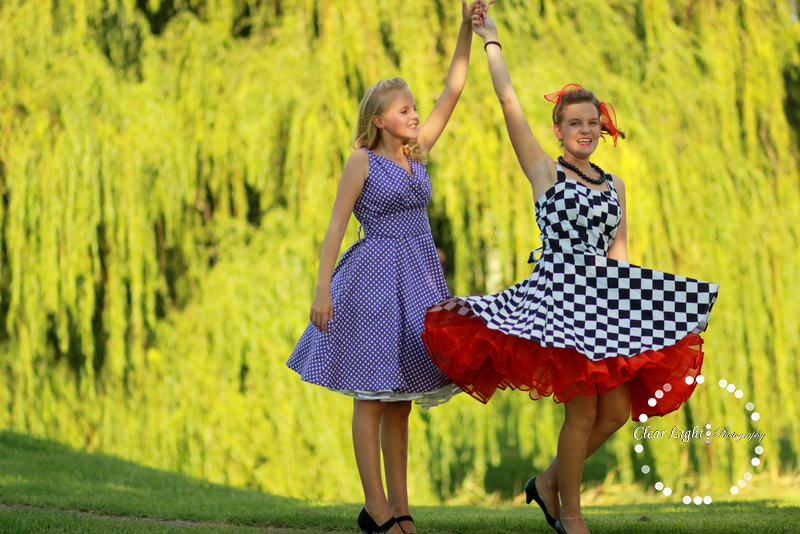